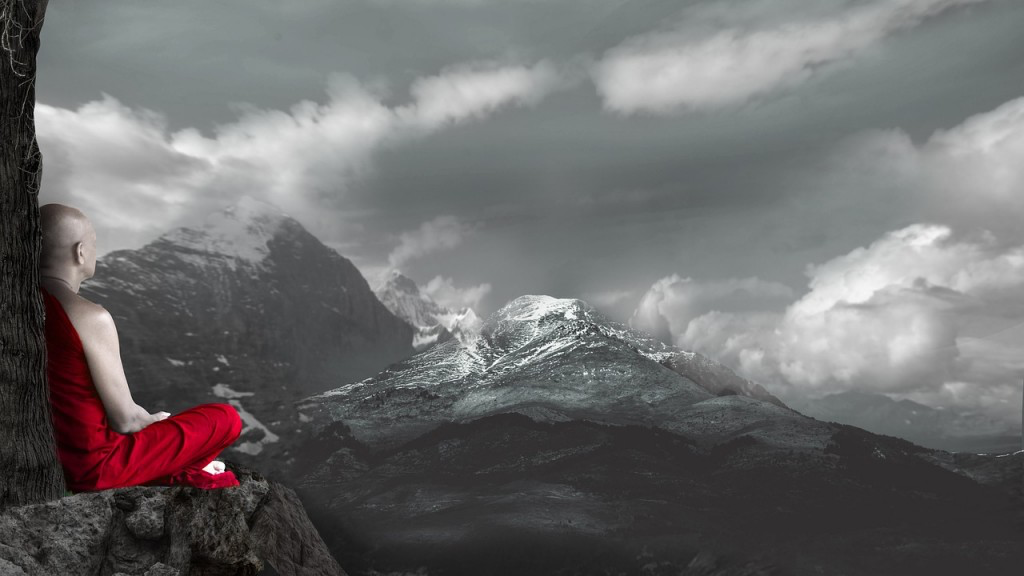 More and more every day modern science is coming to terms with what on the outset was an uncomfortable reality. That is that the observer (you and I) play not just an important role in reality or in our universal experience but actually that we are the deciding factor at the centre of it all. I think for the most part modern science has tried to stay an arm’s length away from any of the organised or generally accepted world religions and this is not necessarily a bad thing, while many of the world’s religions seem hellbent on destroying each other and have become so inflexible because of dogma. There is, however, one notable exception the Buddha Dharma. The Buddha Dharma is without a doubt the most peaceful, humanistic, and scientific of all organised religions. Please note that I personally do not subscribe to the fact that Buddhism is a religion, and I object to the suffix of “ism” as well, but common convention begs to differ and I use the term religion here in this light. If science was ever looking for or in need of a partner to explain the world as it is, the Buddha Dharma is up for the challenge. Why do I say that? Certainly not just because I am convinced of that myself, but because a growing number of scientists are also convinced or at least make comments that lean more and more in this direction. This is not an easy thing to do as science tends to push back on individuals who cross the perceived line of separation between science and religion. 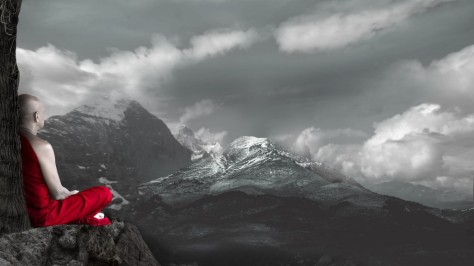 Let’s examine and discuss three quotes that I have found inspiring and relevant to this discussion.

R.C. Henry professor of physics and astronomy at Johns Hopkins University in a 2005 essay is quoted as saying:

A fundamental conclusion of the new physics also acknowledges that the observer creates the reality. As observers, we are personally involved with the creation of our own reality. Physicists are being forced to admit that the universe is a “mental” construction.

“The stream of knowledge is heading toward a non-mechanical reality; the universe begins to look more like a great thought than like a great machine. Mind no longer appears to be an accidental intruder into the realm of matter, we ought rather to hail it as the creator and governor of the realm of matter. Get over it, and accept the inarguable conclusion. The universe is immaterial-mental and spiritual.

“It was not possible to formulate the laws of quantum mechanics in a fully consistent way without reference to consciousness.”

So how is this relevant to the Buddha Dharma? The underlying theme to these three quotes can be summarized in the following points and the following ideas:

The role of the observer and consciousness in the perceived reality of the universe.
The pointing out or pointing to the idea that Subject and Object are interdependent and non separable.
1. The mental processes the observer goes through when perceiving something is described by Buddhist Theory of Perception and is traditionally called the study of the five Skandhas. Skandha is Sanskrit for heap, collection, or grouping. “The five skandhas are form, sensation, perception, activity, consciousness. A form can arise in the mind or outside of the mind. This form gives rise to a sensation, which gives rise to perception, followed by activity (mental or physical), and lastly consciousness. In the Buddha’s explanation, the five skandhas occur one after the other, very rapidly. They are not a continuous stream but rather a series of discrete or discernible moments. A form arises or appears, then there is a sensation, then perception, then activity, then consciousness.” Thank you to Americanbuddhist.net for this description, the full article can be read here. I personally find that the activity phase of this process is the most interesting, it is here where we colour the perceived experience with a combination of all the impressions in our store consciousness and immediately decide if what we perceive is good or bad. This is the very basis of aversion or attraction, this is what keeps us busy our whole lives running to or away from the things we see. Each and every time we perceive something the process of the five skandhas is repeated without stopping over and over again and we may even experience multiple events overlapping one another. Each individual instance may be named “a moment of mind or consciousness” and many moments of mind strung together is best described as our “Stream of Consciousness”. Our consciousness directs our awareness from one form or arising to another. We are very clearly caught up in a process of observation, judging or evaluating and then acting on all phenomena that we in one way or another come into contact within the universe.

2. The interdependence of subject and object are central to many philosophical discussions within the different schools of Buddhism. One can summarise the major point here with the age-old question, what came first the chicken or the egg? The answer is rather simple you simply cannot have one without the other therefore it is irrelevant as to what came first when we must have both. So to go a little deeper the thought process goes like this: if we have a universe of objects with no subjects we should have to ask what would be the point of it be? All these wonderful things with nothing to enjoy them. Conclusion, objects without subjects are meaningless. On the flip side, what use is a subjective universe full of subjects with no objects to perceive or enjoy? It simply makes no sense to have one without the other. Consciousness requires something to be conscious “of”. So we have this absolutely amazing universe and we are here to discover and enjoy it.

The only thing missing here is action. What do I mean by that? Well in Buddhism we learn that not only are subject and object inseparable co arising phenomena, so are subject, object, and action. Action is important as if there are only subjects and objects and nothing happening well this is just boring. Luckily there is unlimited action in our universe, things never stop moving and changing. Everything is in a constant state of flux as each and every time we interact with something the “Whole of the Universe” is changed as it reacts to our play with it. These are the views held by the Madhyamika school of Buddhist Philosophy.

I firmly believe that we are evidence that the universe is conscious of itself and furthermore, we are constantly creating and choosing our past, present, and our future and we then choose how we see or interpret it as good or bad, in the way the Buddha Dharma has shown us. If you can agree that we are indeed choosing our adventure, lets all consciously decide to choose a positive and joyful adventure for the benefit of all beings.